Looking for Chlorine Alternatives to Disinfect Your Pool? Read On!

We dealt with water filtration and purity in our last post. This time, we’re going to tackle chlorine alternatives. Water is vital for life, and it’s important that it be as pure as possible. Hopefully uou have some sort of filtration system in place. If you need some help, contact us. We LOVE helping our clients live healthier lives!

Well now it’s warming up outside! It’s that time of year when we can’t wait to be outside, soak up the sun, and take a dip in a nice refreshing pool. Not so fast! Did you know that a dip in the pool can be dangerous? Why on earth would you work hard and invest in systems to remove chemicals like chlorine from your household water supply and then spend more money dumping chlorine and other toxins into water you plan to spend hours in this summer?

I can hear some readers now…

That’s crazy! Everybody knows chlorine is required to keep pools from being overtaken with germs. Chlorine is necessary!

Well, not always. Let’s discuss some chlorine alternatives for keeping a pool sanitary. 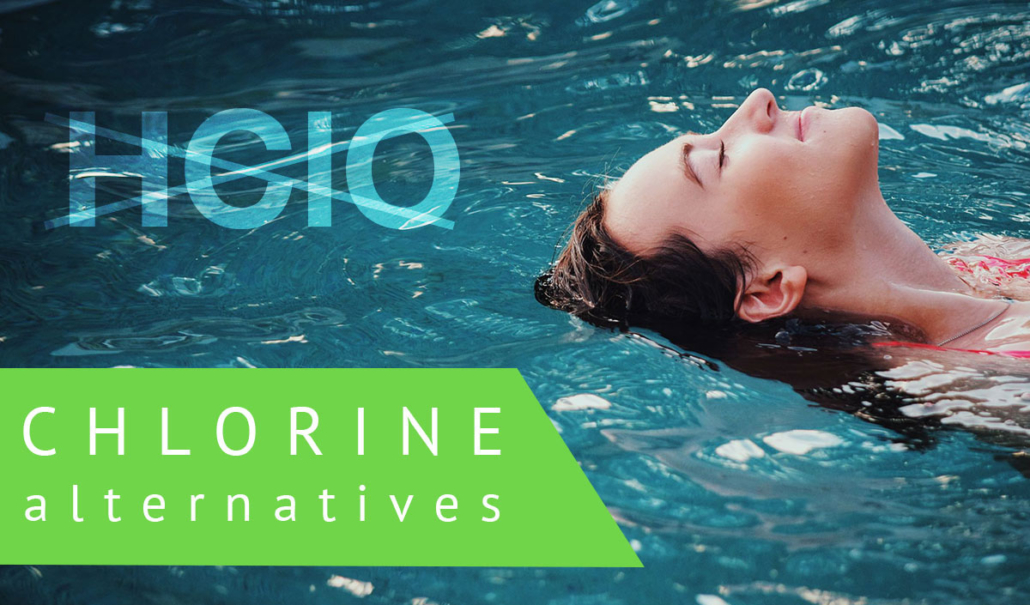 Chlorine, we have discussed its toxicity in recent water articles, is added to pools in copious amounts to kill whatever is living in there. Sadly, it can nearly kill us. According to the National Institute of Health,

“Once used as a chemical weapon in the World War I, chlorine gas has long been known for its pulmonary irritant properties. Many chlorine exposures are the result of accidents at swimming pools and mixing of household agents.”

So we did a little research.

We recently had a fellow building biologist ask us about how to sanitize pools in a non-toxic way. Well, we haven’t been asked much about pools, but we have been on several occasions to the Hippocrates Health Institute in Florida (where people from around the globe flock to heal from a variety of terminal illnesses) and have swam in their amazing dead sea salt pools. So lets start there.

A salt-water pool however generally does contain chlorine. This is because the salt is zapped through electrolysis and turned into chlorine. What?! Yep, that’s what we found out. Consider this article from NaturallySavvy.com:

“Chlorine you purchase to add to your pool is far more concentrated and is chemically produced through various methods. It is harsher than the chlorine produced by a salt-water generator. Ever notice when swimming in a public pool the harsh chemical smell on your skin lingers on long after leaving the pool? That is due to higher levels of chlorine as well as other components from the chloramines that are produced. Chloramines aren’t produced with a salt water pool system.”

So the chlorine produced through salt isn’t as harmful and doesn’t cause all the burning and irritation as that purchased for pool cleaning.

What other options do you have? We found a couple. One we love and already use for mold and disinfection is hydrogen peroxide. Hydrogen peroxide is a wonderful non-toxic cleaner, and here is a new fact we did not previously know according to ClearComfort.com:

Hydrogen peroxide is formed in our bodies as a byproduct during many metabolic and cellular processes — it is naturally produced in the human thyroid, it’s produced by our mouth bacteria, and it’s found in our gut and lungs. Colostrum, the first few days of breast-milk produced after birth, contains high amounts of hydrogen peroxide in order to activate and stimulate the newborn’s immune system.

Wow! What a great option. Now, how do you do it? Hydrogen peroxide concentration can vary greatly, so getting the amount and concentration right is key. We found a great urban farming and healthy living website called Weed’em & Reap with an article explaining exactly how to do set up a hydrogen peroxide sanitizing system for your pool.

There is also the option of pool ionization which uses electric current to scatter silver and copper ions which have the capability of killing bacteria, fungi, algae, and viruses. This is a safer option which reduces chlorine use by 60–70%, however, you must still use chemicals (chlorine or bromine) to shock the pool.

We love finding ways to help our clients live healthier. Welcome to summer. Ready for a swim?